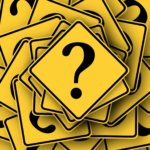 If you follow any dyslexia groups on Facebook, you may have come across a hotbed of posts regarding a presentation made by Richard Allington, professor emeritus at the University of Tennessee, Knoxville. During the early part of December, Allington spoke at the Literacy Association of Tennessee conference in Murfreesboro. Allington surprised conference goers by saying he was “reasonably sure” dyslexia didn’t exist. He was also recorded as making inflammatory remarks regarding the Say Dyslexia bill, signed into law in 2016 by then-governor Bill Haslam. Allington’s remarks were widely condemned for the hostile tone in which they were delivered, causing even UTK to distance itself from Allington. UTK submitted a response to the Facebook group Decoding Dyslexia -TN, saying in part that “Dr. Allington does not speak for the university. He retired in 2017,” (December 16, 2019 post). The story was picked up by national news outlets (see here or here).

The purpose of this blog post is not to try to gain traction by sharing sensational news. But the Allington situation does provide an opportunity to share there are many people, even in academia, who deny the existence of dyslexia. No wonder parents, tutors, and dyslexia advocates sometimes feel incredible frustration when seeking help for these struggling students.

Should you begin to question whether dyslexia exists or not, it does, despite naysayers like Allington. Did you know that the brain of a dyslexic child differs from the brain of a non-dyslexic child? Functional brain imaging has revealed different neural pathways for reading in dyslexic students (see the Yale Center for Dyslexia and Creativity). Dyslexia has nearly 40 years of study behind it. In the 1980’s, Congress commissioned the National Institute of Health to begin studying reading disorders. By 1994, the NIH had a clear definition of dyslexia along with a good idea of how many students have dyslexia.

With so much scientific research regarding dyslexia, it is hard to understand how Richard Allington continues to hold his position. The quest to educate the nation, including professors of education, about dyslexia continues.

Have you come across any who deny the existence of dyslexia? Comment below with your story.